The 4 Most Expensive Cars in the World

When you are a millionaire, you can buy many luxury things: Rolex watches, Louis Vuitton clothes, and fancy cars. Nevertheless, even if you are a very rich person, the cars from the below list can be too expensive for you.

They are more than just vehicles. You can enjoy their unbelievable power, exotic designs, and incredible speed. So, what are the most expensive cars in the world? Let's find it out!

Lamborghini Veneno takes its name from the fighting arena. In 1914, Veneno, the strongest fighting bull in history, won the bullfight and killed the legendary torero Joseacute; Rodriacuteguez in Andalusia, Spain. And this car embodies the strength of that bull.

The car received larger sills and enormous wheel arches on both rear and front. A splitter divides four exhaust pipes, hidden in the substantial diffuser. Large openings enable better airflow to the engine compartment, making the car even more powerful.

When it comes to the interior, Lamborghini emphasized the use of carbon fibre by letting the monocoque be visible. They equipped Veneno with woven carbon-fibre cockpit and two lightweight Forged Composite seats.

The manufacturer also redesigned the instrument panel, and now it features aggressive graphics. The driver gets all the needed information to control Veneno on this panel.

how fast is a lamborghini veneno

Under the hood, Veneno hides an improved 6.5-litre V-12 engine with an output of 750 horsepower. It is also lighter than Lamborghini Aventador, and its performance numbers will amaze you: it takes only 2.8 seconds for Veneno to accelerate from 0 to 60 mph, and the car's top speed is 221 mph.

how much does it cost to buy a lamborghini veneno

However, such power costs big money. Lucky owners of Lamborghini Veneno had to pay &euro;3 million for this car. Moreover, Lamborghini limited this model to only three units, and they have already sold them all.

All cars from this Angelholm-based automaker are hand-built, lovingly finished, and filled with the latest technology. But, due to its unique exterior, Trevita took a step further and is Koenigsegg's best model ever.

how many koenigsegg ccxr trevita were made

In Swedish, Trevita means "three whites", which refers to its standout exterior hue and the extreme rarity of this model. Trevita is a limited version of the Koenigsegg CCXR Edition. There are approximately 40 in the world.

While most composite hypercars show their raw black carbon fibre, Koenigsegg Trevita has white weaves created using a unique production method. As a result, Koenigsegg created a diamond on wheels.

The Trevita's exterior is the thing that makes this supercar unique. When the sunlight hits its Shimmering Diamond Weave finish, the car sparkles as if it is made of millions of shiny diamonds. Koenigsegg created it by applying the specific treatment before processing the carbon material.

The interior of Trevita is much more minimalistic than the interior of Italian or French supercars. Still, this silver control layout works well for this car, complementing its unusual exterior.

The Koenigsegg Trevita's engine is a 4.8-litre V-8 hand-built powerplant. It comes with double-overhead cams and four valves per cylinder. Its total output comes to 1018 horsepower at 7000 rpm. And the run from 0 to 60 mph takes only 2.9 seconds, with the top speed of 254 mph.

Although the company intended to build three cars of this model, according to its "three whites" name, the white carbon-fibre exterior's production was so complicated that Koenigsegg ended up building only two. One of two Trevita's owners is Floyd Mayweather, Jr, who paid about $4.85 million for this car.

Maybach Exelero, made by Stola in collaboration with DaimlerChrysler, was a one-off high-performance supercar. It first appeared at the Tempodrom in Berlin in 2005.

The Exelero is a unique version of Mercedes-Benz' Maybach, known for its rounded slim silhouette with sleek lines. It looks like a modern interpretation of an animated millionaire's car. Goodyear used this car to show their best tires.

why is the maybach exelero so expensive

Mercedes-Benz used only high-end materials to equip the car both inside and outside. Exelero is the most comfortable and elegant car of the Maybach line, and it is much larger than any other supercar on the market. As a result, there is a lot of passenger space, so Maybach Exelero looks great and feels even better. Moreover, it is an incredible powerhouse.

Based on the Chiron, the Bugatti La Voiture Noire is a one-off supercar of the French auto-maker. This model joined the Divo as an exclusive version of the already famous Bugatti Chiron. Bugatti built this car to celebrate its 110th anniversary.

Unveiled at the 2019 Motor Show held in Geneva, Switzerland, the La Voiture Noir reinterpreted the Type 57 SC Atlantic. Unlike the Divo, Bugatti has made only one car of La Voiture Noire model and sold it for more than $12 million. Bugatti owns this car.

The supercar got a unique exterior and detailing, but it remains a standard Chiron under the hood. So La Voiture Noir's performance is similar to its predecessor.

The exterior of La Voiture Noir is also similar to the Divo's. However, both bumper vents and the splitter have a more aggressive design. It also has new headlamps with a new LED pattern. So now they look as if they are made from diamonds.

Bugatti did not publish any photos of La Voiture Noire's interior. Nevertheless, it seems to be based on Chiron, as they did the same with Divo's interior. Every Chiron's owner had access to dozens of options, as this model is highly customizable.

The powerplant of this hypercar is a massive, 8.0-litre W-16 engine that produces amazing 1497 horsepower. Although La Voiture Noire is the most expensive car in the world, it is not the most powerful one. Koenigsegg Jesco and SSC Tuatara produce even more power.

La Voiture Noire needs only 2.5 seconds to hit 60 mph from 0. And its top speed is limited to 236 mph. The unique status of this supercar (Bugatti will not build another car like this) explains its price, which was 11 million euro or about $12.4 million before taxes. And after all taxes, it raised to $18.9 million, making this model the most expensive car in the world.

As you can see, luxury cars are more than a vehicle. It is a blend of incredible power and unique style. And many people are ready to pay a lot of money to get one of the most expensive cars in the world.

The 4 Most Expensive Cars in the World
james_admin
No Comments

When you are a millionaire, you can buy many luxury things: Rolex watches, Louis Vuitton clothes, and fancy cars. Nevertheless, even if you are a very rich person, the cars from the below list can be too expensive for you.  They are more than just vehicles. You can enjoy their unbelievable power, exotic designs, and […] 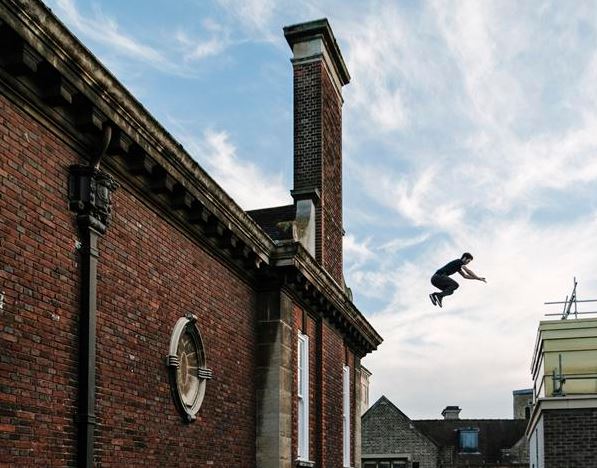 Stuff you have to know about Parkour
james_admin
No Comments

Contents What is parkourWhy do they call it Parkour?How did it start?What is involved in Parkour?Why is Parkour so popular?Will parkour get you in shape?How can I practice parkour at home?What do you call a person who does parkour?Is parkour and freerunning the same thing?How many people have died from parkour? What is parkour It […]

10 Exciting Variations on the Monkey Shoulder Cocktail
james_admin
No Comments

In the world of marketing, branding is everything. A great brand tells a compelling story. It has a memorable image and name. It catches the eye and the interest of potential customers, making them want to discover more and really connect with the company. And when it comes to whiskey, few brands have captured this […]

What is Urbex? – Urban Exploration
james_admin
No Comments

Few things have stamped such an indelible mark on our planet than our towns and cities. They have developed and expanded over time, with many features built over, on, or through others. Some are knocked down or replaced, streets change, buildings are abandoned. The character of an urban area is shaped by history. And it's […]